Development of QLYC’s new website commenced 30 August 2018.  After nearly 2 years of  adding content, a major review is being undertaken in mid 2020 (May/June).

Quote for today “People who are rowing seldom rock the boat”.

To mis-quote a well-known song (what Kenny Rogers or Johnny Cash would have sung had they been sailors, and with acknowledgment and apology to Don Schiltz): here’s “The Handicapper”:

On a warm summer’s eve, On a boat goin’ nowhere,
I met up with the sailor, we were both too tired to sleep
So we took turns a steerin’, in the cockpit, in the darkness
The boredom overtook us and he began to speak.

He said “Son, I’ve made a life out of crewin’ in yacht races,
“Knowing how the boat goes by the way the tell-tale flies,
“And if you don’t mind me sayin’, I think you’d be losing places,
“For a taste of your whisky I will give you some advice.

So I handed him my bottle and he drank down my last swallow,
Then he bummed a cigarette and asked me for a light,
The night grew deathly quiet and his face lost all expression,
He said “If you’re goin’ to play the game boy, you gotta learn to play it right.

Now when he finished speakin’, I went back in the cabin,
Watched his glowin’ cigarette and faded off to sleep,
Then somehow, in the darkness, the sailor he went over,
But in his final words I found some wisdom I could keep. 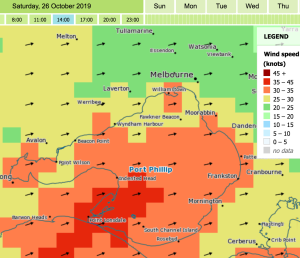 Quick links in our site